New Pembrokeshire Potatoes only 5 weeks away… straight from the farm

Thank goodness it is cooler today, my brain is beginning to function again!

To all those that have camped with us, thank you, and to see so many of you returning, so good to see you again. 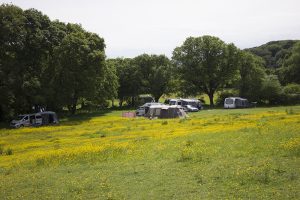 Whitsun was very busy with so many wanting to stay with us, I had to unfortunately say “no room at the inn”, which I hate doing.

Those that have booked in the last two weeks have had the most glorious weather, many of whom taking advantage of our fire pits.

A couple of families have had the use of the small paddling pools that I had here. Filling them up from the stream, the children on the campsite loved playing in them and staying cool in the baking heat.

Bookings for July and August are filling up quickly so if you are thinking of getting away to Pembrokeshire for your summer camping break with the family, give us a ring or email as I would hate to disappoint anyone.

There are still orchids in the Meadow grass, and although tempting to make “hay while the sun shines”, we deliberately leave it till the middle of July so the flowers and grasses reseed for next year.

The explosion of buttercups this year has been spectacular and everyone has had fun making buttercup chains, exploring the meadow and racing down the field. 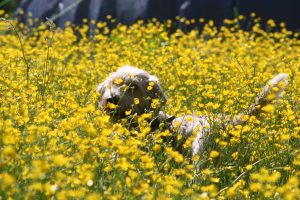 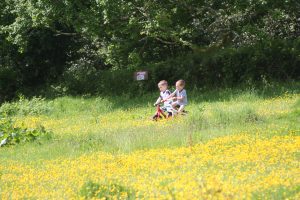 I’ll race you! Brothers racing down the field on their bikes… who will win? 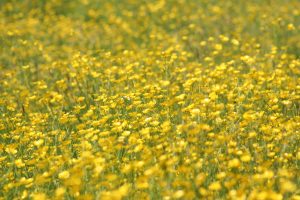 What a busy month this has been.  It is hard to believe the first potatoes were planted in April, and today we are topping those fields off as the salads are ready.  For anybody staying with us there is no excuse, you must sample our Charlotte, Gemson, Jazzy, Belana, take your pick! 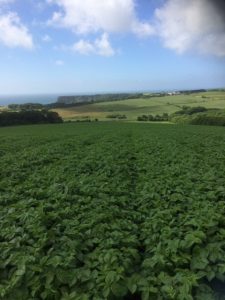 Early Pembrokeshire potatoes ready for harvesting. they are in the farm shop now!

I notice the potato harvester is in the work shop, being prepared for harvesting the 400 acres, should be about a month before she goes, my, how the summer is flying by.

The birds and the Bees…

Both Pop and I have had such entertainment lately, our bird feeders have been a hive of activity with fledgelings, but particularly, young woodpeckers, we counted 10 of them the other day with their mothers.  The young would chase each other around the tree or bird feeder calling to their mothers to give them some peanuts, what gannets they are.

Update on the swans …. unfortunately there was a very high tide several weeks ago and it broke my heart to see the two swans frantically trying to raise their nest to keep the tide from the eggs, he is still sitting though, (as it is the male who sits on the nest) I am not hopeful now, as it must be over the 43 day incubation period since I noticed him sitting on the nest. But watch this space and I will keep you informed.

Pop and I travelled with the London Taxi Cabs to Normandy for the 5th of June remembrance service.  The London Taxis raise money for Military Veterans.  This year their funds took veterans to Normandy.

What a time we had, 90 veterans, 90 Black Cabs, paramedics, doctors, motorbike escort, for me it was a privilege and an honour to be in the company of these ladies and gentlemen. 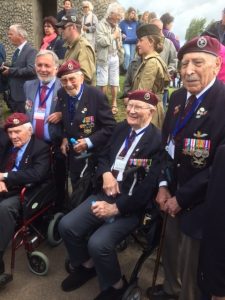 There was lots of laughter, veterans visiting beaches that held so many memories, I could see it in their faces, thoughts of friends who didn’t come home, but also the recognition of  how lucky they were to have made it.

For Pop who was a glider pilot meeting up with his old friend Des, they both became glider pilots at the same time, to meet up again was very special, both nearing their 94th birthdays, they spent many an hour talking, to the point that I had to insist one night they went to bed, it was 2am and I needed to sleep!!

It was very moving when we said our goodbyes, you could tell in the way that Pop and Des said goodbye,  they hoped they would see each other again.  I will have to make sure they do.

Have a great July   Fi 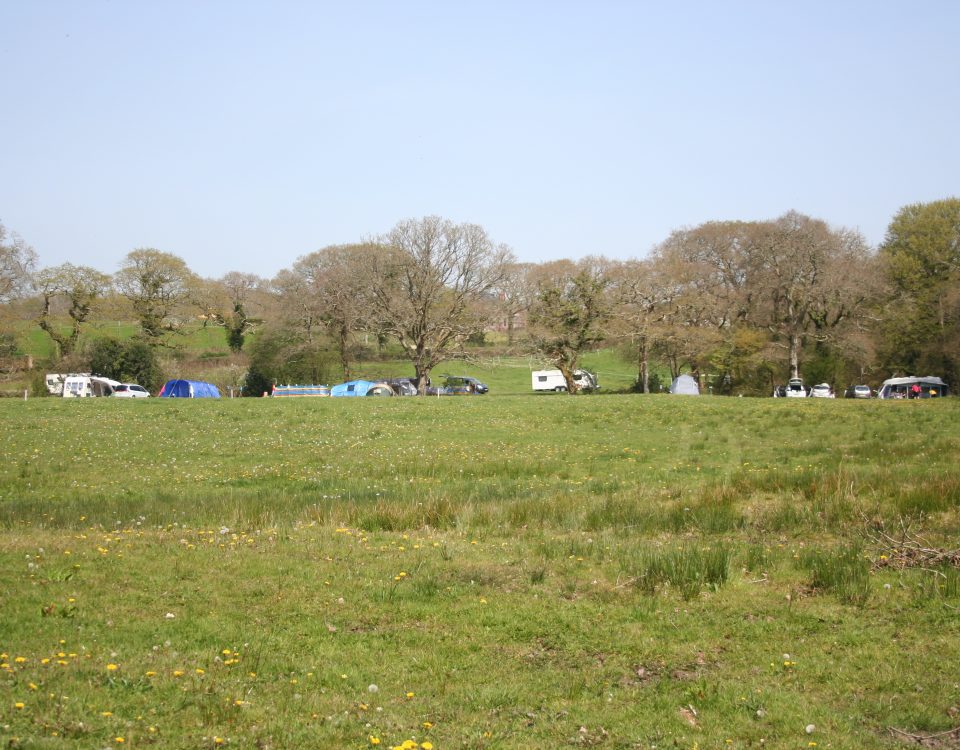 Arriving at Cresswell Barn Farm Campsite for the Easter break. The sun is shining and others are already here.

The Sun has got his hat on hip hip hip hurray!